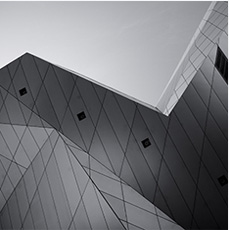 London based Sam Kelly has been voted into Blues In Britain magazine Gallery of the Greats, as a five-times winner of the ‘UK Drummer of the Year’ award. Sam has recorded albums with such well known artists as Gary Moore, Ruby Turner, Rory McLeod and Stan Webb. Over the years Sam has worked with Chaka Khan, Dr John, Ben E. King, Robert Plant, The Foundations, Billy Ocean, Roger Chapman, Michelle Shocked, and Ottis Taylor and many others. Sam has recently performed with Paul Jones, Imelda May, Robben Ford, Andy Fairweather Low and Chris Barber.

Stompin’ Dave Allen is on guitar, fiddle, banjo, piano and vocals. Dorset based, Dave has performed across the UK and beyond including Glastonbury Festival, The Tolpuddle Martyrs Festival, Ealing Blues Festival, and The Great Dorset Steam Fair to name a few. “Stompin’ Dave’s is a master of all kinds of American roots music ranging from bluegrass to blues guitar, with a nice line in self-deprecating patter between numbers. He’s partial to showbiz gimmicks, juggling with his banjo and playing his guitar behind his head like Hendrix, but there is great sincerity and feeling in his performance, too…a formidable musician and a true original.” The Telegraph

Based in Nottingham Earl Jackson is on bass, guitar and vocals. A well known figure on the British blues and rock n’ roll circuits, Earl has performed across the UK and beyond. He has made appearances on BBC radio and TV including the prestigious Jonathon Ross Show, a widely acclaimed success. Earl is currently causing a sensation appearing as Chuck Berry in the popular theatre show Rockin’ On Heavens Door. Born of Jamaican parents in Lambeth in 1964, Earl was heavily influenced by Gospel music. Much of his charisma and on-stage confidence comes from performing before ten thousand people or more at various Gospel events.  “Entertainment with a capital ‘e’“ The Mad Rat Magazine.